You are here: Home > About us > Publications > Annual report (Scarborough) 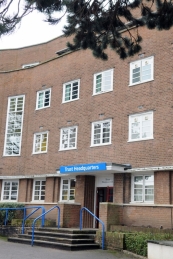