You are here: Home > Membership Matters > Meet our Governors - Selby 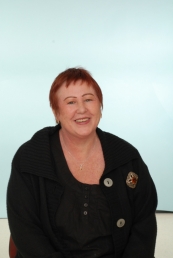 Ann wanted to become a governor to make a difference, especially since as a family they have had some negative experiences with medical treatment. She decided that instead of doing nothing, she wanted to be part of a change and as a Governor she has been party to some really positive changes.

It is hard to summarise in so few words, but she feels that some of the highlights include:

Having spent time in York Hospital as a patient Roland feels he has insight of both sides, the patients and the staff on the wards. He is now retired but was a self-employed farmer at Hemingbrough.  Roland feels he now has the time to commit to take on the challenge of being a Governor

Roland is a trustee of a local charity and has also been a Parish Councilor for many years. In the past he has raised funds for British Heart Foundation, Yorkshire Cancer Centre, Macmillan Cancer Support ‘York’, and Ciic Sergeant helping children with Cancer.

For many years He has also supplied historic photographs to the Selby Times and Selby Post and currently gives historical talks to local groups and writes local history books which he donates to local groups. Because of this voluntary work Roland feels he fully understands the financial commitment in balancing the books.