You are here: Home > About us > Board of Directors > Who's who

Click on each Director's name to find out more about them and their role. 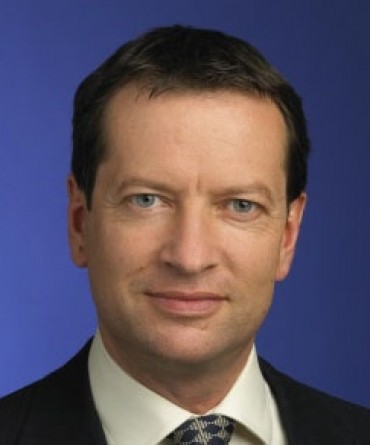 Alan was appointed Chair of the Board in February 2022.

Alan has extensive experience to bring to the role.  He began his career in the civil service before joining KPMG, where latterly he led the firm's public sector practice. He has subsequently held a number of non-executive roles. including on the Board of South London and Maudsley NHS Foundation Trust and as Chair of South Tees Hospitals NHS Foundation Trust.  He is currently the independent chair of a mental health partnership board within the Surrey Heartlands Integrated Care System.

Originally from Northern Ireland, Alan lives in York with his wife and their three-year-old son.  He has strong family ties to North and East Yorkshire.

As Chair of the Board, Alan will be responsible for setting the overall strategic direction of the Trust within the context of NHS priorities, regularly monitoring performance and providing financial stewardship. 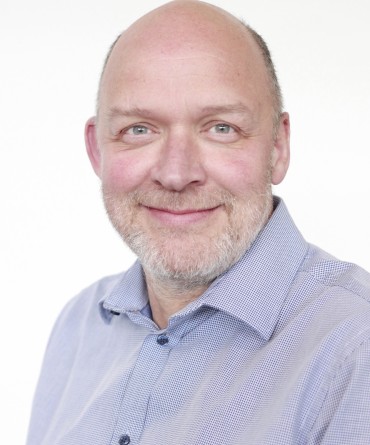 Simon is the Chief Executive of the Trust - a role he started in August 2019 - and since July 2022, he is also a Provider Partner Member to the NHS Humber and North Yorkshire Integrated Care Board.

Simon joined the Trust from Chesterfield Royal Hospital NHS Foundation Trust, where he has been Chief Executive since 2016.

He has more than 25 years’ experience in the NHS, which he joined in September 1989 as a general management trainee in Greater Manchester. 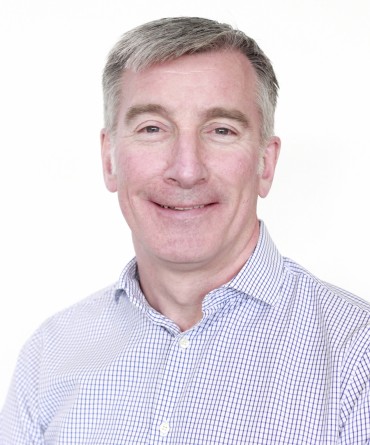 Andrew was appointed as finance director in January 2009.

As finance director, Andrew is responsible for providing strategic financial leadership and advice.  Andrew has a key role to play to ensure effective professional input to the definition and development of the Trust’s overall strategic vision and direction and the day-to-day managerial decision making process.  He advises the Board and chief executive on matters of financial governance and probity and ensures the highest standards of financial governance and management in line with best practice.

Andrew joined the NHS in 1991 as a finance trainee at York as part of the NHS graduate management training scheme.  Upon qualifying as an accountant, he undertook a number of financial roles supporting many of the Trust's clinical teams and later became directorate manager for medicine for a short time.

Declaration of interests
Member of the NHS Elect Board

James was appointed as medical director for the Trust in October 2015.

As medical director James is responsible for the appointment, development and professional leadership of medical and dental staff.  James acts as the Caldicott Guardian for the Trust and is responsible for medical leadership including professional standards, appraisal and revalidation, and appointments.  He also has responsibility for patient safety, clinical audit, prescribing, clinical risk and medico legal.

James graduated with a dental degree from Glasgow University in 1983.  He then worked in posts in Bristol, Manchester and greater London before re-entering medical school and graduating from Charing Cross and Westminster Medical school in 1993.  Following spells at Kings, East Grinstead and Guildford hospitals he graduated obtaining a Certificate of Completion of Specialist Training in August 2000.

In 2001, James assumed the role of consultant maxillofacial surgeon with the Trust, initially specialising in Head and Neck cancer surgery but continuing to practise most of his surgical training.  James subsequently worked in a variety of lead and clinical director posts and was appointed deputy medical director in 2014, where he remained until his appointment as medical director in 2015. Heather was appointed as chief nurse in July 2019.

Joining the Trust from her previous position as director of nursing and quality from Barnsley Hospital NHS Foundation Trust, Heather is a qualified midwife, and became Head of Midwifery at Huddersfield Royal Infirmary in 1998 before becoming Deputy Director of Nursing in 2001, a post she held for ten years. 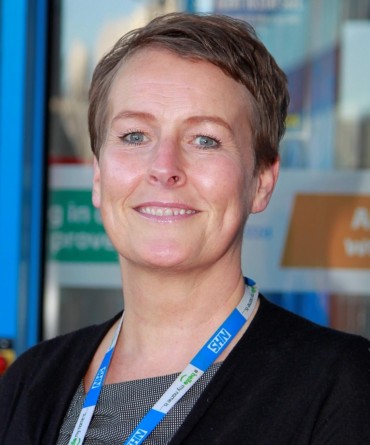 Melanie was appointed as interim Chief Operating Officer in July 2022.

As Chief Operating Officer, Melanie provides strategic leadership to operational teams and is instrumental in driving and leading improvements in clinical care and performance across the Trust. Melanie is also the Chief Allied Health Professional (AHP) for the Trust, providing expert strategic and professional leadership to the relevant AHPs and ensuring that issues of quality and clinical assurance are visible to Trust Board.

Melanie has worked in the NHS for more than 30 years; she is a registered physiotherapist, has worked as a lecturer at Nottingham University, and has held a number of clinical roles, operational management roles and professional leadership roles in acute and community settings. Melanie has been with the Trust since 2009, holding the role of Deputy Chief Operating Officer before her current position. Before that, she has spent time managing a number of services including therapy services, Community Services, Emergency Medicine and Trauma, and Orthopaedics.

Director of Workforce and Organisational Development

Director of Workforce and Organisational Development

Polly became Director of Workforce and Organisational Development from February 2019.

She joined the Trust in September 2015 as Deputy Director of Workforce reporting into the Chief Executive. Her portfolio includes Human Resources, Organisational Development, Workforce Development, Occupational Health, Research and Equality and Diversity.

After graduating from Durham University in 2000, Polly began her career in Financial Services. In 2002 she joined the NHS working for Great Ormond Street Hospital, where she trained in Human Resource Management. Polly joined Harrogate and District NHS Foundation Trust in 2009 and progressed to Deputy Director of Workforce and Organisational Development before she left in 2015.

Polly is a Chartered Fellow of the CIPD. 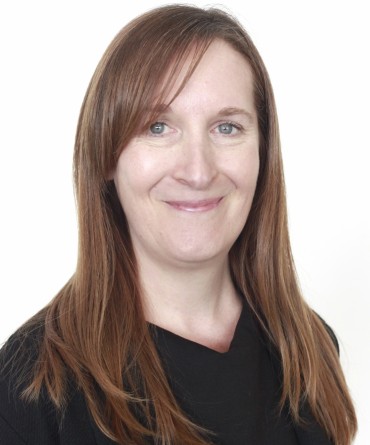 Lucy was appointed as Director of Communications in February 2020. 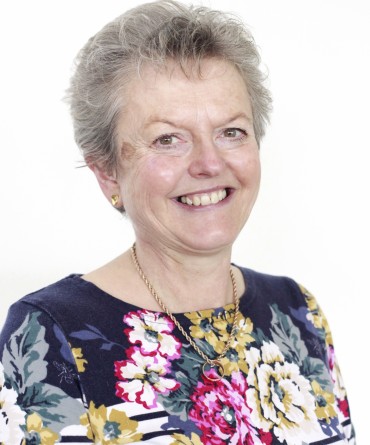 Jenny was appointed as a non-executive director in 2017.

Jenny is a qualified chartered accountant and brings over 30 years’ experience gained of the private, public and charitable sectors.  From 1997 until her retirement in October 2016 she was chief executive at The Retreat psychiatric hospital in York. She also has extensive non-executive experience. 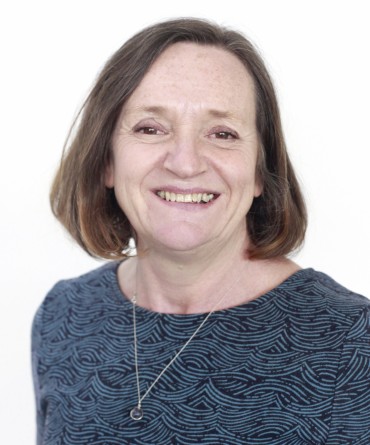 Lorraine was appointed as a non-executive director of the Trust in 2018.

Lorraine is a GP and brings 30 years’ of experience of direct patient care.

In recent years Lorraine has been involved as GP representative within NHS Vale of York Clinical Commissioning Group and The Humber, Coast and Vale Sustainability and Transformation Partnership.  She is the founder directory of City and Vale GP Alliance and she has supported the development of collaborative working between the Trust and primary care. 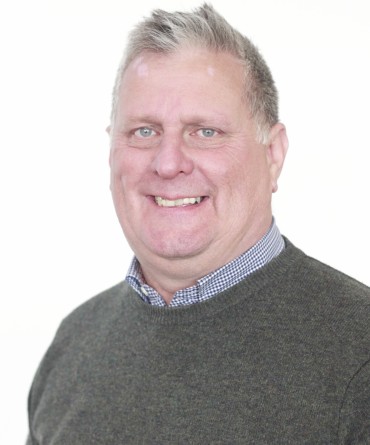 Jim has a strong passion for the Scarborough area and wishes to continue contributing to improving the quality of life of the community through being a director of the Trust and having been involved at a strategic level of health and wellbeing agenda at both local and regional levels for many years. 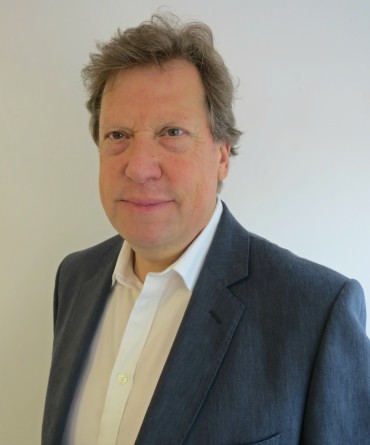 Steve has been a consultant cardiologist in the NHS with more than 25 years' experience in direct patient care.

He brings extensive experience as a previous Trust Board executive and also senior roles in other NHS organisations and the charitable sector.  Steve has a strong interest in education in health care and also the development of safety and quality in patient care. Lynne was appointed as a non-executive director in 2018.

Lynne brings over 26 years’ of experience in the public and private sector, having held a wide-range of leadership positions with a particular focus in the network and IT sector. 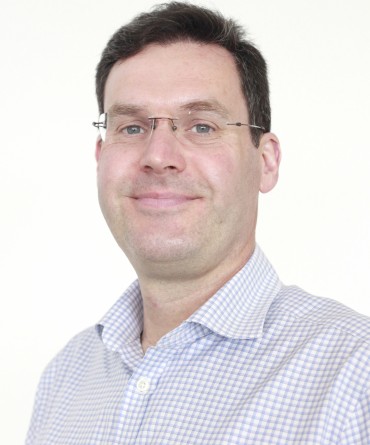 Matt has wide experience in both undergraduate and postgraduate medical and allied health profession education and is a Fellow of both the Higher Education Academy and the Royal College of Physicians. He has also been active in promoting diversity and inclusion in healthcare and healthcare education. He continues to practise as a consultant in renal medicine in the NHS. Denise was appointed as a non-executive director in 2021.

Denise is a qualified chartered accountant, and brings over 30 years of experience of working in the private, public and charitable sectors.  Since 2011 she has worked in higher education where she was interim chief financial officer for a number of universities, including Hull and Durham. Ash was appointed as an associate non-executive director in 2021.

Ash is a qualified chartered accountant, and brings over 14 years of experience of working in the private sector, where he has held a range of leadership positions throughout Europe.